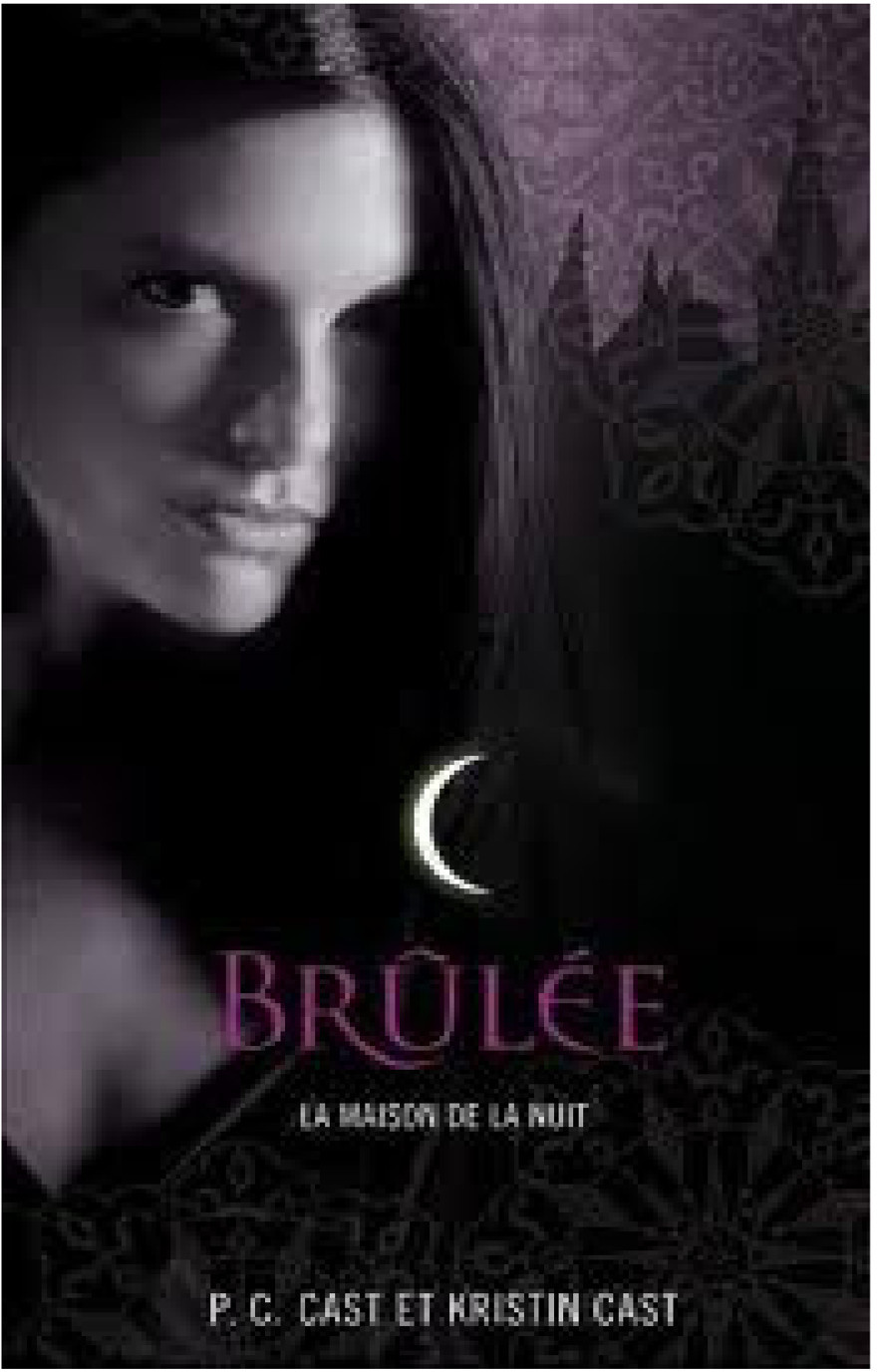 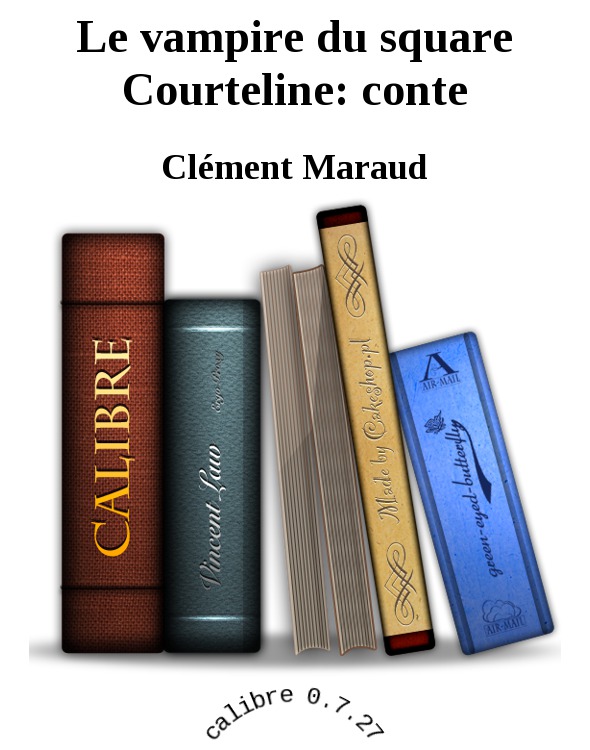 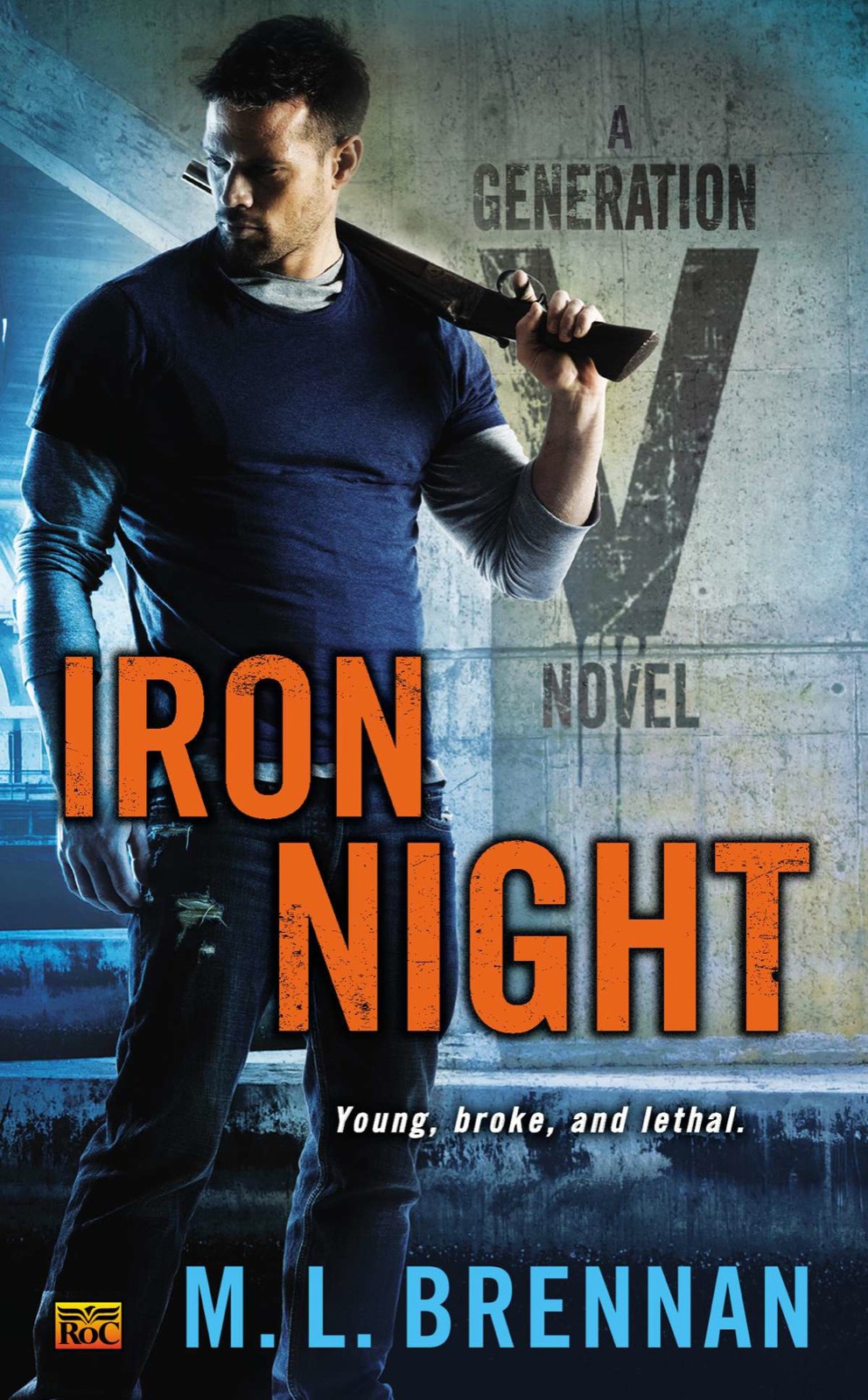 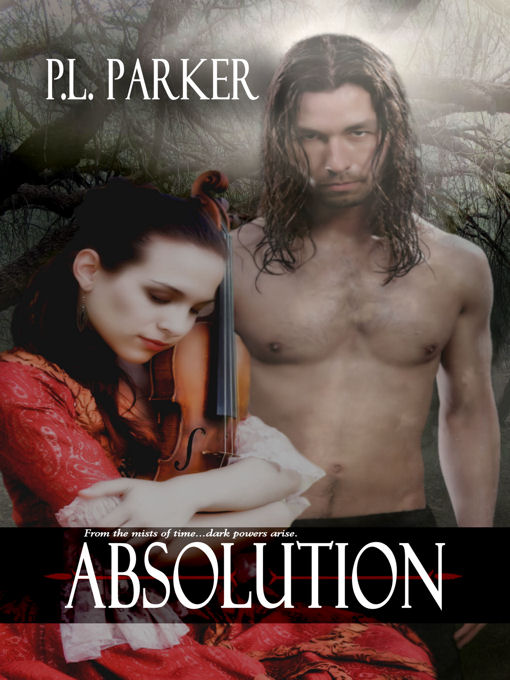 For years, travelers in the French Vosges Mountains heard the wailing of a woman echo in the hollows. Her cries went unbidden. No one was brave enough to seek out the source. Over time, the screams lessened and then stopped. Eventually, even the memories slipped away, forgotten. Six centuries later, two over-eager research assistants find and release the young half vampire, Chloe—unaware of the events they unwittingly unleash with her. Far away, other forces are aware of her awakening. Zaccarius, greatest of all the Slayers, is sent by the Council of Nine to seek out Chloe, determine her worth and render justice. Enticed by her purity and innocence, he soon becomes her protector. However, Jochad, the Dark Master, and his army of evil vampires are also eager to claim Chloe. In the battle that ensues, Zaccarius falls beneath Jochad's army, and to save her lover, Chloe must make a choice. Ancient and dying, Jochad needs Chloe's blood to reanimate. His ultimatum—her... 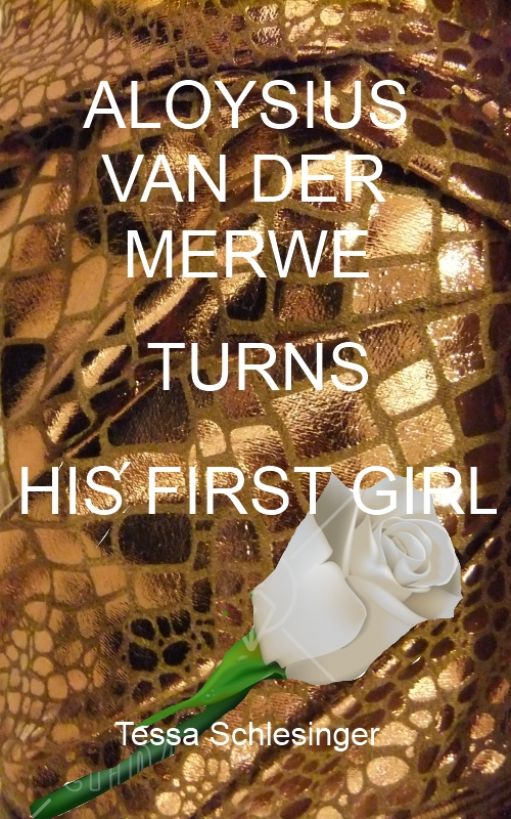 They had comboays and aliens; now thy have vamps and aliens. And on top of it, Aloysius van der Merwe just doesn't like type O negative. He would so much rather have carrot juice. Put that together with the ugly aliens that have arrived in town, plus his new girl, and you have a story...
Lewis Aleman Ruby lives a shy life until she meets Simon, a mysterious, gorgeous...vampire. All is scorching excitement until she is stalked by other vicious vampires. Through dance floors, forests, car races, and into a horrific vampire lair, Simon risks his life to keep Ruby safe while being being outnumbered at every turn and mesmerized by her every second--even while facing death, danger, and darkness.

Simon is a vampire, prowling through the dark New Orleans streets that pulse with wild adventure and fangs gleaming in the shadows. He's spent the last few decades as a recluse, aching over a lost love. Now, he's put it behind him, thirsting to fulfill the raging inner need he's deprived himself for so long.

Ruby feels isolated and out of place--lonely, shy, but too strong-minded to go along with the crowd. All that changes when she is dragged out for her birthday and ends up dancing with Simon--mysterious, blue-eyed, and gorgeous. Her body tingles watching his muscled form move--so fast, so smooth, so powerful. His smile is otherworldly, and his kiss charges her with electric energy. All seems to be going well until three other vampires appear in the crowd, turning the dance floor into a horror show.

The other vampires, led by the vicious Roderick, are after a new fix--_the new breed_. It's a mix of blood and something secret that's driven them to a desperate addiction, making them reckless and willing to tear anyone apart to get to it, and Ruby's best friend, Ambrosia, has something they need to make it. When Ambrosia flees New Orleans for her life, they relentlessly hunt the one person who knows where she is: Ruby.

Stalked by ravenous vampires at every turn, Ruby's only hope for survival is her handsome new love. Through crowded dance floors, wild forests, high-speed car races, and even into Roderick's horrific dwelling filled with hostile vampires, Simon risks his life trying to keep her safe while being outnumbered at every turn and mesmerized by her every second--even while facing death, danger, and darkness.

"There is craftsmanship in Aleman's details; elaborate use of adjectival simile and metaphor ... stimulates ... memorable ..."
--_Where Y'At Magazine_, Dionne Charlet, February 2010

"...adventurous, fast paced...loved the twists and turns...Lewis writes beautifully, his work is filled with great detailed descriptions...a great adventure. I haven't seen anything out like it."
--_La Femme Readers_, December 12, 2009

"Aleman's unique writing style captures the reader from page one...takes the reader through a dark journey..."
--_TeensReadToo.com_, May 6, 2008

"An enthralling story of vengeance, Cold Streak is deftly written and a must for thriller fans..."
--_Midwest Book Review_, June 2008 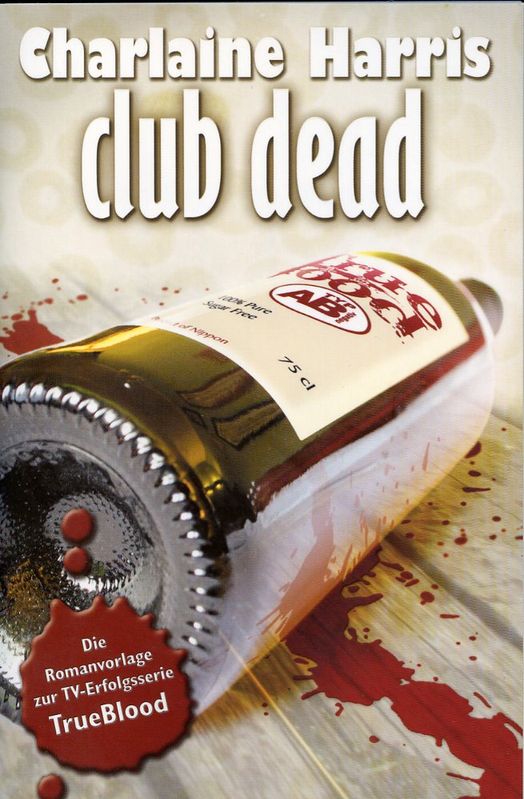 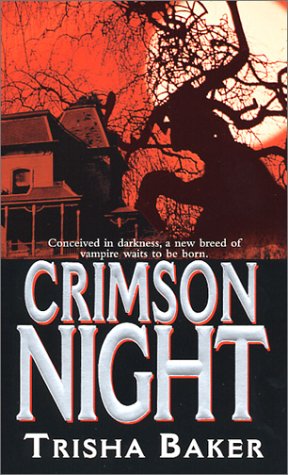 SUMMARY:
In this sequel to "Crimson Kiss, " Meghann O'Neill continues to run from Simon Baldevar, the creature responsible for her immortality. Taking human form, Meghann is found by Simon, who takes her as a vessel of his desires. Now Meghann is pregnant with his child. Simon has always believed a vampire's offspring will possess all their strengths and none of their weaknesses, and he will stop at nothing to possess his "child of the night." A sequel to "Crimson Kiss" and "Crimson Night": decades have passed since Meghann O'Neill fell in love with Simon Baldeva, a vampire who bestowed upon her his gift of immortality and bound her to him with the birth of their two children - one mortal and one a vampire. The stakes have never been higher for the young Blue Bloods of Manhattan. After their brief yet beautiful bonding ceremony in Italy, Schuyler Van Alen and Jack Force depart for Egypt, desperate to find the elusive Gate of Promise before Jack must face his twin, Mimi, for a blood trial. A blood trial that only one of them can survive. But everything Schuyler thought she knew about the gate turns out to be a lie, and they soon find themselves ensnared in a deadly battle against the demon-born. Schuyler and Jack take up arms, only to realize that there is a much graver threat simmering in the Kingdom of the Dead.
Meanwhile, determined to save the only vampire she still loves, Mimi has followed Kingsley Martin into Hell. With the help of her new human Conduit, Oliver Hazard-Perry, Mimi makes a bargain with the Queen of the Dead that she may soon regret. When the time comes to choose between love and revenge, both Mimi and Oliver will learn the true meaning of sacrifice.
Confronted by danger, betrayal, and loss at every turn, the Blue Bloods must find the will to fight—and love—another day
Rachel Caine College student Claire enjoys living in Morganville, even if it is controlled by vampires. When a rave goes wrong and both humans and vamps end up dead, including one executed by Claire (it was self-defense), her punishment is to find a way to repair the failed machine that guards the borders. Her marathon work session seems to fix the problem—until people start losing their memories, beginning with her boss, Myrnin, a notoriously unstable vampire who now wants to eat her and won’t give her access to the workshop to save the town. This fast-paced adventure in the Morganville Vampires series features Claire and her housemates—goth princess Eve; Eve’s vampire boyfriend, Michael; and Claire’s boyfriend, Shane—battling to keep themselves and their community safe. The memory losses allow for character backstories to develop and for some older series plotlines to resolve. Claire’s tough-girl attitude may remind adult readers of Rachel Morgan and her world of human-vampire interactions. A tremendously popular series. --Jessica Moyer Of Light and Darkness

Of Light and Darkness

When one human stands before an army of impossible obstacles, the likelihood of overcoming them in this coming-of-age modern fairytale may result in war between light and darkness.

Abandoned as an infant in Prague, naive and strong-willed Charlotte Ruzikova was raised by one of the last Vampires left alive. As a human, she knows no other home than the one nestled deep in the woods of Eastern Europe, where Witches drew spells of enchantment, Phasers threw tea parties, and Elves are the closest in kin. Charlotte has lived her life in the dark with her Guardian, content to having him to herself and reveling in his attention, until she's realizes she wants more...

Resident medical doctor and Vampire, Valek Ruzik fears the day his ward would come of age and blossom into a fine woman, and he is forced to confront his own motives as time is of the essence once his past catches up to him, and their lives become endangered...

As genocide and war threatens their secret society, the dictator in power is ready to wipe out Valek's race, but Charlotte will not allow that to happen. Fighting for the only one she's ever loved and truly believed in, she will do whatever it takes to save their love...before the sun comes up and light takes over.

Shayne's first year out of high school, she penned, co-directed, and starred in the feature-length film, The Incubus, a paranormal romance which obtained distribution and opened in over fifteen theaters across South Florida among popular chains like Regal, AMC, and Cinemark. The Incubus has obtained a fan base of over 100,000 girls online, and has garnered the attention of reporters from the Miami Herald, CBS News, and NPR Radio. Leighton also starred alongside Scream Queen, Tara Cardinal in the film, Legend of the Red Reaper. Now, 20-year-old Leighton is excited to release her debut young adult novel series, Of Light and Darkness, set in contemporary Prague, as well as penning several other screenplays, a novel adaptation for Legend of the Red Reaper, an original pop/rock album, and acting in various film roles. You can visit Shayne online at: www.shayneleighton.com 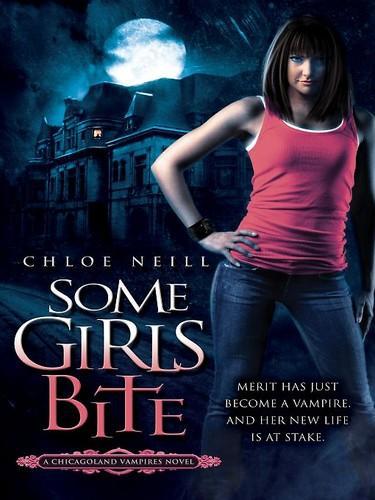 SUMMARY: First in a brand new series about a Chicago graduate students introduction into a society of vampires.Sure, the life of a graduate student wasnt exactly glamorous, but it was Merits. She was doing fine until a rogue vampire attacked her. But he only got a sip before he was scared away by another bloodsuckerand this one decided the best way to save her life was to make her the walking undead. Turns out her savior was the master vampire of Cadogan House. Now shes traded sweating over her thesis for learning to fit in at a Hyde Park mansion full of vamps loyal to Ethan Lord o the Manor Sullivan. Of course, as a tall, green-eyed, four-hundred- year-old vampire, he has centuries worth of charm, but unfortunately he expects her gratitude and servitude. But an inconvenient sunlight allergy and Ethans attitude are the least of her concerns. Someones still out to get her. Her initiation into Chicagos nightlife may be the first skirmish in a warand there will be blood.
Richard Lee Byers A young woman awakes to find out that not only is she an important Countess, but she is also the very first—or 'Ancient One' as she is called by her subjects. Her memories of being a vampire or of anyone else are gone, so she must relearn everything—ranging from spells to flying—from those around her, but can they be trusted? She rediscovers her main objective as the old Countess was to purify the vampire race and wishes to continue with that work. The 'Others', powerful and evil vampires, attempt to use her memory loss to their advantage. They had been trying to entice her to their side for centuries. Struggling to remember her past, battling the 'Others', and coping with her new life, keep the Countess busy throughout this spellbinding and thrilling novel. Will she succeed in her goals, or will the 'Others' win her over to their side this time around? In the underbelly of the eastern US seaport of Bay City, supernatural and non-supernatural creatures alike strive to understand the meaning of life, to belong, or simply exist. David is one of them. He is far, far away from his clan. Before Nick, his only friend used to be a vampire named Jarvis. However, Nick's only gift seems to be more of a curse: he brings change wherever he goes. When the three unlikely companions finally find the answers to their questions, they also find more mysteries needing to be solved. Eventually, they will all wish not to have been present on the evening when everything changed forever. Were the answers they received worth trading everything to darkness? After all, shadows lie. But what's a supernatural creature to do where the shadows' lies carry the promise of home? 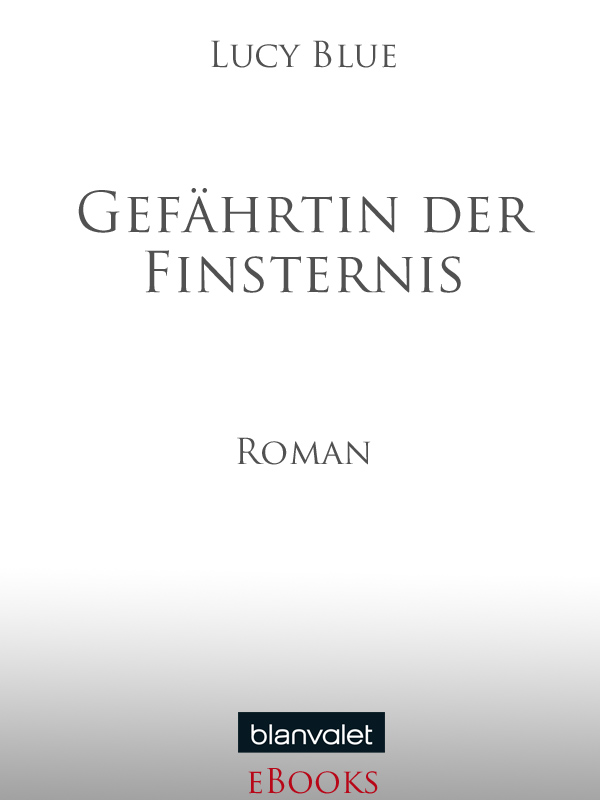 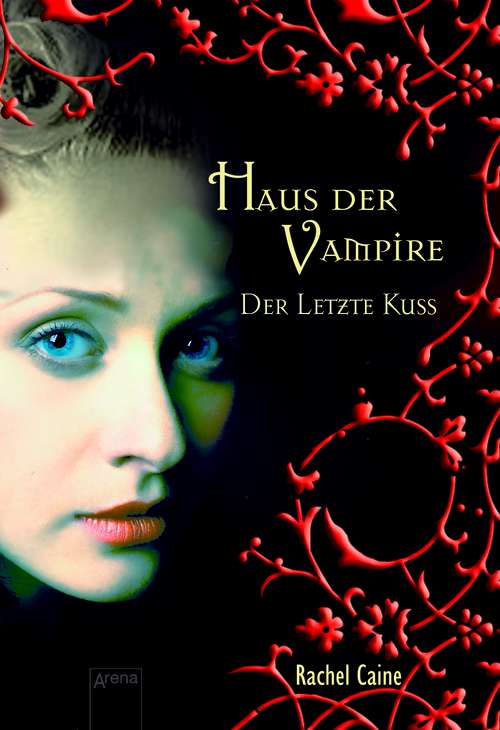 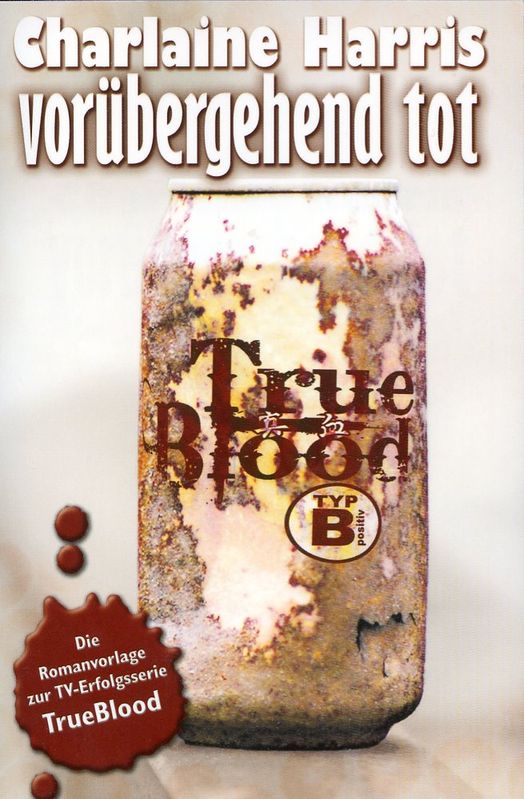