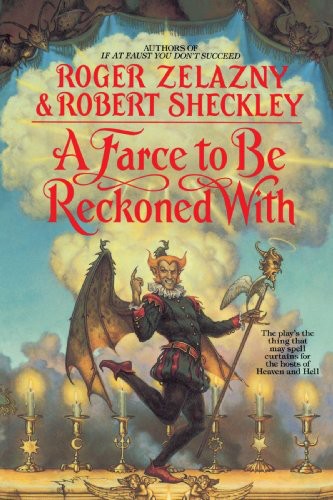 A Farce to Be Reckoned With

A Farce to Be Reckoned With

The second collaboration between two sf veterans continues the comic adventures of demon Azzie Elbub as he strives to bring humanity to the cause of evil through cultural pursuits.
Copyright 1995 Reed Business Information, Inc.

Azzie Elbub, the ever-resourceful, fox-faced demon last seen in Zelazny and Sheckley's If at Faust You Don't Succeed (1993), returns for more mischief in the never-ending cause of Bad against Good. Fresh from winning Hell's Evil Deed Award, Azzie quickly becomes bored and decides to stage a play--an immortality play, to be exact--and to use all of Renaissance Europe as a backdrop. Enlisting the aid of Italian playwright Pietro Aretino, Azzie offers to grant a wish to each member of a randomly selected cast and deviously prove thereby that sometimes people can get what they want without working for it. But with Azzie's old nemesis, the Archangel Michael, meddling in things, the play's course soon turns awry, and a Mongol horde from another timeline is poised to overrun Venice while the universe itself is on the verge of extinction. Zelazny and Sheckley's third visit to their anything-goes Hell-and-Heaven fantasy degenerates somewhat into unstructured silliness. Still, their humor remains intact, and fans looking for pure escapist fun will find nothing more satisfying than Azzie and company's misadventures. Carl Hays 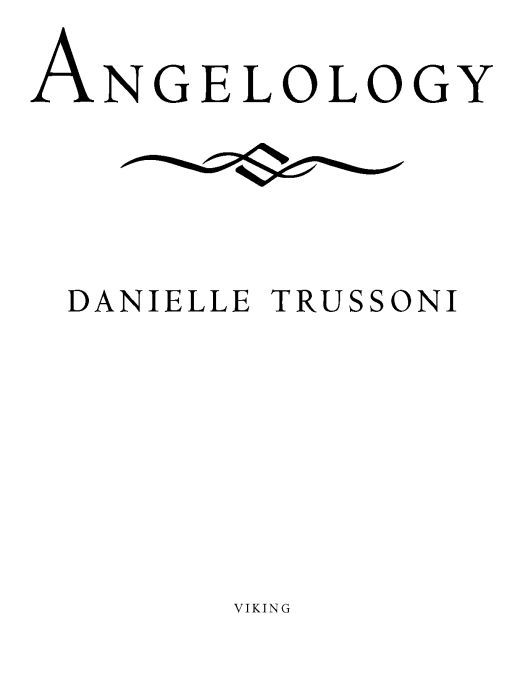 'Compulsively readable, thrilling and much, much better than Dan Brown' Daily Express'A terrifically clever thriller' New York Times Book ReviewWhen Sister Evangeline of the St Rose Convent stumbles across a mysterious correspondence with Abigail Rockefeller in the archive, it reveals that angels once walked among us . . . and might still. This discovery plunges Evangeline into the hidden and dangerous world of the Angelologists a secret society that battles to prevent the ascendancy of the Nephilim, the angels' descendants on Earth.Evangeline is now at the centre of a race to hunt down powerful and ancient artefacts that can be used to enslave humankind. And not only is the key to finding those artefacts within her grasp but also a secret about her own past and its links to the Angelologists.Possession of either could cost Evangeline her life . . .'Trussoni looks set to succeed Stephenie Meyer' Elle'Breathtakingly imaginative, enthralling, thoroughly entertaining,' People'Clever, whiplash fast' Marie Claire'An intelligent thriller that rips along like a bat out of hell' Woman & Home
Ali Cross 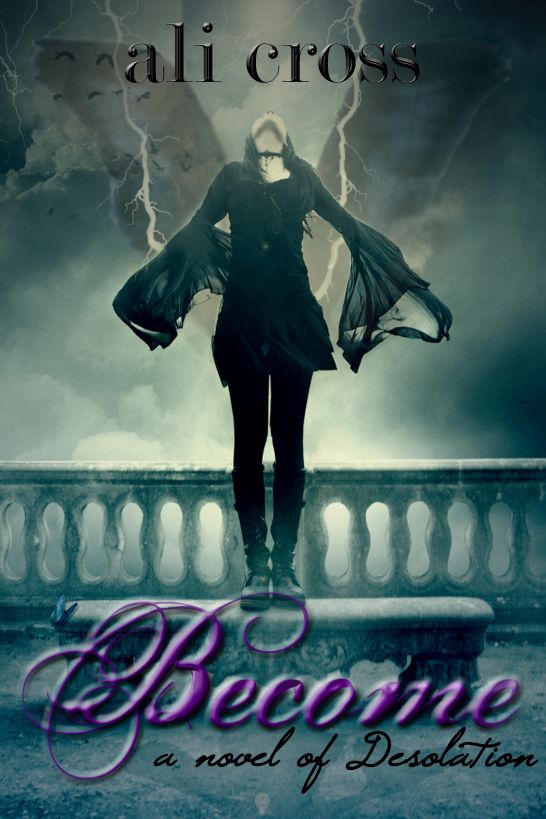 Sixteen-year old Desolation Black wants nothing more than to stay in Hell where it’s cold and lonely and totally predictable. Instead, she’s sent back to Earth where she must face the evil she despises and the good she always feared. 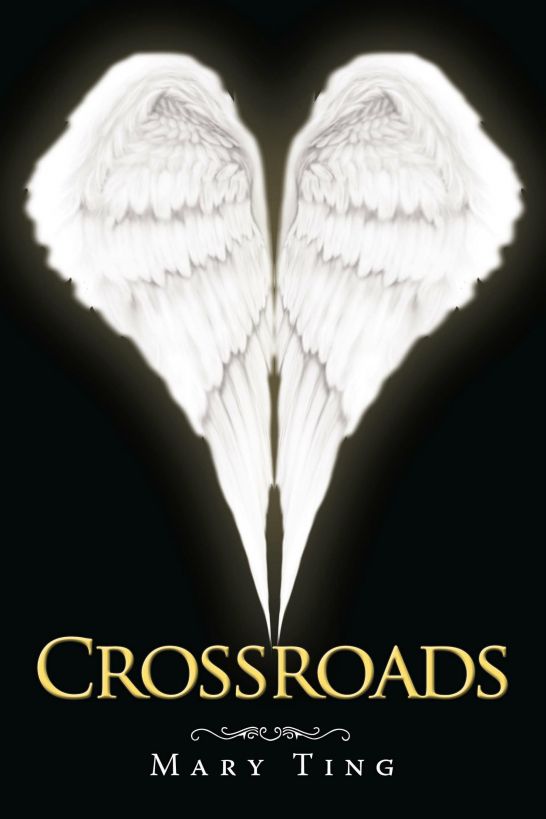 Claudia Emerson has a good friend who shares the same first name and last name. That friend unfortunately dies in a tragic accident during homecoming dance. Claudia is distraught at the loss of her friend, but is even more disturbed by her dreams, which seem to take her to another place called Crossroads.
Joe Haldeman 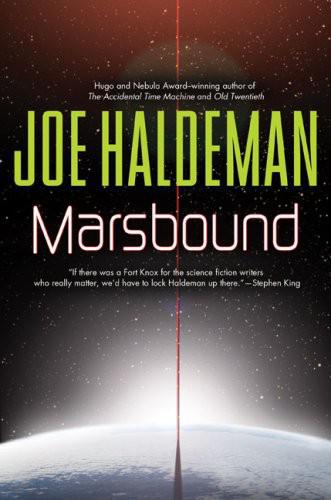 Hugo and Nebula–winner Haldeman infuses this yarn with his teen narrator's intelligent curiosity. Carmen Dula, part of the first human colony on Mars, looks like a typical young adult heroine: distanced from her parents, irritated by her bratty younger sibling and beset by tyrannical colony administrator Dargo Solingen. Then she accidentally discovers real Martians living in an underground city and has to convince Solingen that her story is true. When the Martians reveal a terrible threat to life on Earth, it's up to Carmen and her friends to save the day. Recalling Robert A. Heinlein's Red Planet and Podkayne of Mars, Haldeman updates the Martian setting while keeping faith in his characters' ability to respond to unexpected challenges. (Aug.)
Copyright © Reed Business Information, a division of Reed Elsevier Inc. All rights reserved.

The career path of recent high-school graduate Carmen Dula takes an adventurous turn when her family wins a lottery that sends them to the first human settlement on Mars. After an alternately tedious and exhilarating six-month journey, Carmen gets her first taste of living under a crimson sky while butting heads with authoritarian colony leader Dargo. In fact, it’s a fateful run-in with Dargo that prompts Carmen’s rebellious solo walk on the Martian surface and near-fatal plunge into an underground cavern. Her unimaginable savior is a multilimbed, potato-headed creature that has apparently been living with his brethren under the Martian surface for untold millennia. When the astonishment of first contact gives way to an orgy of study by the colony’s xenobiologists, a new shock presents itself—the Martians are the artificial creation of a distant alien race dubbed the Others, to whose universe humans are definitely not welcome. As one of sf’s most consistently inventive storytellers, Haldeman gets bountiful mileage out of this ingenious blend of Martian exploration and extraterrestrial anthropology. --Carl Hays 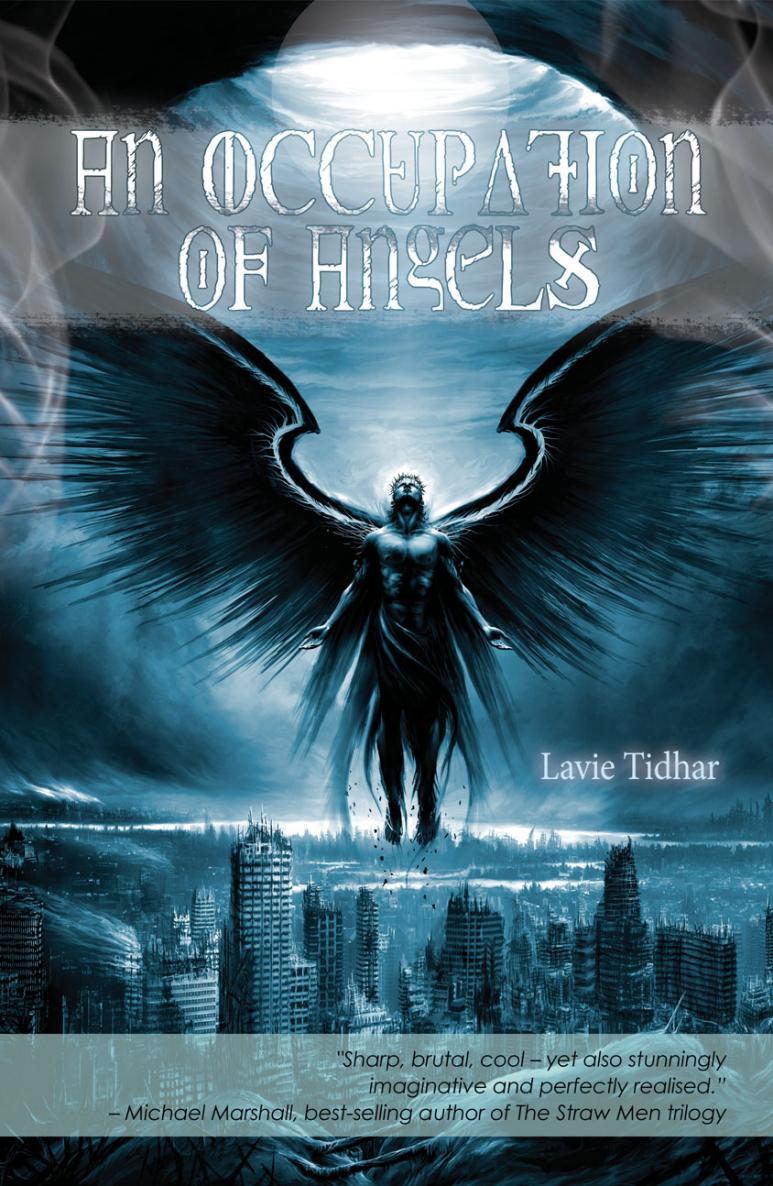 An Occupation of Angels

An Occupation of Angels

After Archangels materialise over the bloodbaths of WWII, they take up residence in most of the world’s major cities. But what would happen if, more than quarter of a century later, something somehow managed to kill these supreme beings? Killarney knows and, as an agent working for the Bureau, a British agency that’s so secret it doesn’t officially exist, she finds herself embroiled in the consequences as, one by one, the Archangels die. Assigned to trace a missing cryptographer thought to have information on the murders, she travels from England, through France, heading for the frozen wastes of the USSR. But there’s an unknown third party intent on stopping her, and there’s God, who also has an agenda. Not knowing who is friend and who is foe, and with only a brief glimpse of a swastika on angel wings as solid information, Killarney struggles to remain alive long enough to glean sufficient information to put together the pieces of the puzzle and complete what is, without them, an impossible mission. Blurb: “Sharp, brutal, cool–yet also stunningly imaginative and perfectly realised.” –Michael Marshall, bestselling author of The Straw Men trilogy Cover art by Vitaly S. Alexius
Melanie Nilles 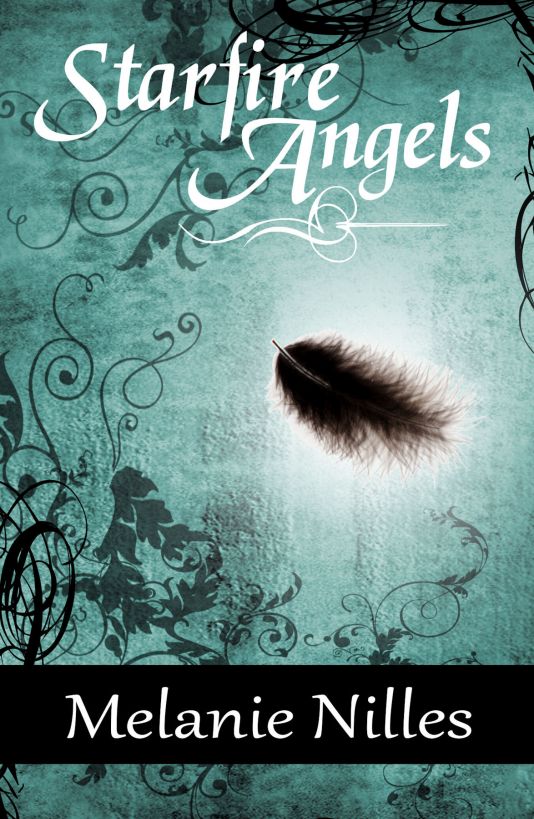 Raea's life as a human is about to end. The crystal shard she bears is not a pretty pendant; it's part of the heart of a machine capable of destroying whole worlds. Those who desire the power have sent an agent to find her, but she's too busy evading a nosy reporter, dating a hot new foreign student, and learning what she really is. Only one person on Earth can help her, but he's not from Earth.
Claire Farrell 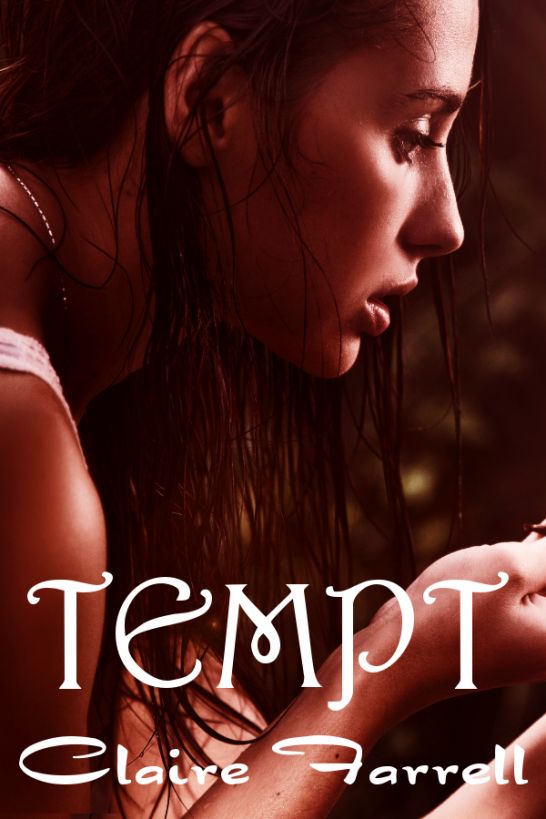 There’s a monster running around Dublin, and it’s up to Ava to catch it. The pressure’s on, and she’s becoming as cynical as Peter. But when a demon marks her friend, and a possible threat from England spells war, Ava’s left with a huge choice to make. The lives of one or many.
Jason Tesar 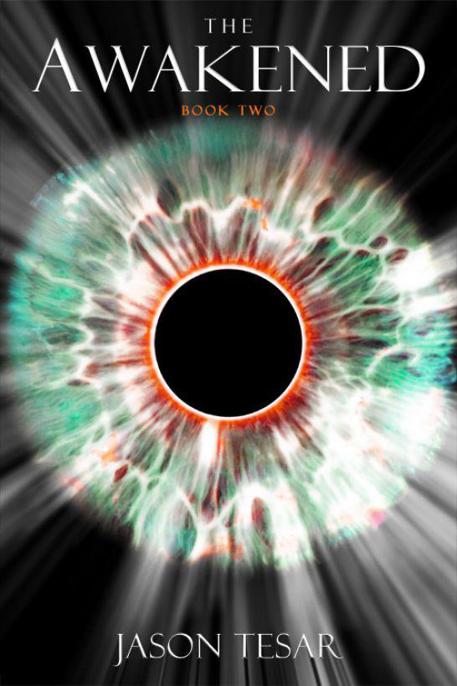 Over five thousand years ago, a renegade faction of angels abandoned the spiritual realm and began their inhabitation of earth. Amidst the chaos of a dying world, a lone voice foretold the awakening of a warrior who would bring an end to this evil perpetrated against all of creation.