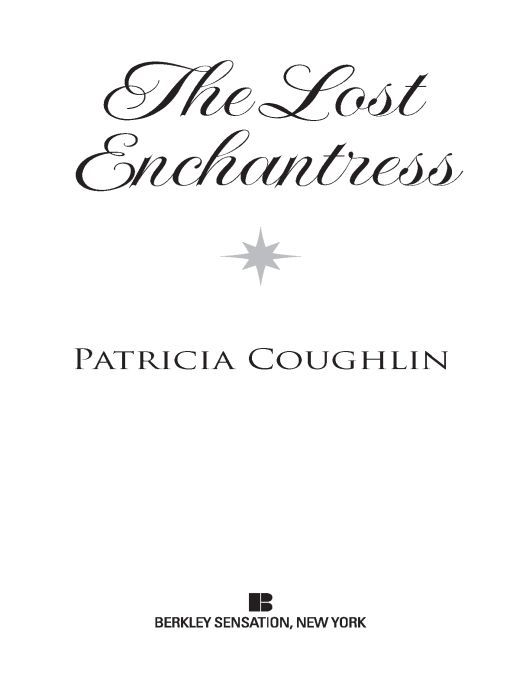 Coughlin's first novel since 2002's The Cupcake Queen is an engaging paranormal romance. When Eve Lockhart outbids Gabriel Hazard for an antique pendant, he declares that owning the object is a matter of life and death for him. Two men with strange powers attack, and Eve is shocked when she and Gabriel magically fight them off, after which he suddenly disappears with some Matrix-like moves. Her grandmother, a witch, might have some answers, but Eve has denied magic since a family tragedy struck 20 years earlier. She delves into her legacy, Gabriel studies her history and professed magical naïveté, and soon passion flares as they are menaced by an evil power connected to the pendant. The romance and plot are well constructed; the only unsatisfying aspect is Eve's backstory, which manages to be both cursory and too detailed. (Jan.)
Copyright © Reed Business Information, a division of Reed Elsevier Inc. All rights reserved.

An enchanting new paranormal romance from an award-winning author.

Long ago Eve Lockhart discovered that the ancient magic that was her birthright could cost her everything. So she vowed to create a normal life and was convinced she'd succeeded-until a long-lost family talisman resurfaces. A prize beyond price, the hourglass pendant ignites the fevered interest of mysterious forces who'll risk anything to possess it-forces that include one very seductive man...

The priceless pendant isn't the only thing Gabriel Hazard wants from Eve. For nearly two centuries he's searched for the hidden magic that can break a spell and grant him the one thing he craves. But he isn't alone in wanting the pendant-or Eve's magic.

Now Eve has no choice but to break her long-ago vow and claim her power, her dream of everlasting love-and her destiny.