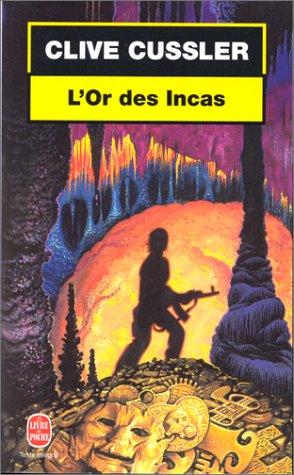 A chance rescue of two divers trapped in a Peruvian sinkhole leads series hero Dirk Pitt ( Raise the Titanic! ; Deep Six ) into a search for lost treasure that involves grave robbers, art thieves and ancient curses. Cussler's latest adventure novel features terrorists who aren ' t really terrorists and a respected archeologist who is not what he seems; it all boils down to a race between Pitt and some unscrupulous crooks for a cache of Inca gold hidden away from the Spanish and lost since the 16th century. The villains, a society of art and antiquity smugglers called the Solpemachaco , want to get their hands on the Golden Body Suit of Tiapollo, which contains in its hieroglyphics a description of the Inca treasure's hidden burial place. Pitt ends up searching for a jade box containing a quipu , an Inca silver-and-gold metalwork map to the treasure. The box was stolen from the Indians by the Spanish, stolen from the Spanish by Francis Drake and then lost in the South American jungle, but readers who know Pitt know that that a 400-year-old missing clue is only a minor obstacle. Master storyteller Cussler keeps the action spinning as he weaves a number of incredible plotlines and coincidences into a believable and gripping story. It's pure escapist adventure, with a wry touch of humor and a certain self-referential glee (Cussler himself makes a cameo appearance), but the entertainment value meets the gold standard. 550,000 first printing; Literary Guild super release and Doubleday Book Club super release.
Copyright 1994 Reed Business Information, Inc.

Dirk Pitt is back in fine form as he rescues two archaeologists from certain death in a Peruvian sinkhole. Before Pitt climbs out of the hole he runs afoul of the Solpemachace, a group of three brothers who steal and sell Indian artifacts. Pitt finds a rope sculpture, a quipu, that points the way to a huge Inca treasure. Meanwhile, the Solpemachace steal the Golden Body Suit of Tiapollo, which leads them to the same treasure inside a mountain in Baja, Mexico. As both sides race to the treasure, the Solpemachace capture Pitt's girlfriend, Congresswoman Loren Smith. With his lifelong, wisecracking friend, Al Giordino, Pitt braves an uncharted underground river to rescue Loren and stop the Solpemachace. Cussler weaves Inca legends and lore in a spellbinding tale featuring enduring hero Pitt, a skin-diving Indiana Jones with a James Bond attitude. Cussler fans will demand this one. For all fiction collections.
Grant A. Fredericksen, Illinois Prairie Dist. P.L., Metamora
Copyright 1994 Reed Business Information, Inc. 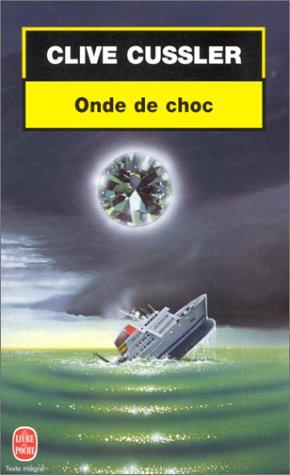