Well, that’s what people say at Christmas, right? Except normally they have somebody to say it to. They have their friends and family all around them. They haven’t been crouched naked under a Christmas tree with a needle in their arm like an insane person in a mansion in Van Nuys.

They’re not out of their minds and writing in a diary and they’re not watching their holiday spirit coagulating in a spoon. I didn’t speak to a single person today…I thought of calling Bob Timmons, but why should I ruin his Christmas?

2. So I can read back and remember what I did the day before.

3. So if I die, at least I leave a paper trail of my life (nice lil suicide note).

Merry Christmas…it’s just you and me, diary. Welcome to my life.

BOB TIMMONS: By Christmas 1986, Nikki had been addicted to heroin and cocaine for at least a year, possibly longer. As a drug counselor, I first met Nikki when Mötley Crüe’s manager, Doc McGhee, called me in to work with the band’s singer, Vince Neil. Nikki was initially very hostile to me; he tried to get me barred from going backstage or being around them.

Nikki and I slowly formed a relationship, and early in 1986 he asked me for help with his own addictions. I advised him to go into a rehab center but he refused and said he didn’t need to. He was very stubborn on that issue.

Over the years I have worked with platinum-selling artists from the Rolling Stones to the Red Hot Chili Peppers and all points in between, and let me make one thing clear from the start–Mötley Crüe, more than anybody, wrote the book for decadence and partying. In that area they were the most extreme people I ever met, and Nikki was the most extreme of all. For many years, Nikki had one motto: I’m going to do exactly what I want to do, and fuck everybody else.

Jason came over again today. I was touched…so there is a Santa Claus, after all. He came mooching in, with his greasy James Dean hair and his junkie eyes that are sunk so deep in his elongated face that he looks like he’s wearing makeup, and he stood by the tree and asked me how my Christmas had been. Like he cares…like he doesn’t know already that it was exactly the same as his. Sometimes Jason pisses me off when he tries to make small talk. He asked me how much gear I wanted, and I asked, how much have you got? And he gave me this contemptuous, sneering look and said, that must be nice…

His Betty Page–wannabe Goth girlfriend Anastasia isn’t much better. Oh, she’s nice enuff, but I know on the inside I’m just her meal ticket to an easier, softer life. I know she tells Jason to jump when I call because she, more than he, wants the money. Not just for the junk, they make enuff off me to maintain their cheap little habits, but she likes to decorate their little one-room rat’s nest with the extra money they have left over. That’s the real reason she demands he comes at my beck and call…she likes that extra cash for thrift shops and secondhand stores.

I see her as a sorta Suzie Homemaker from Hell, but it’s all just a fantasy–she’s stuck with a habit too…

NIKKI: My dealer Jason and I had a real love-hate relationship. I loved him because I could pick up the phone and he’d be over in twenty minutes with everything I needed. I hated him because it was killing me. He loved me because I gave him hundreds (sometimes thousands) of dollars on a daily basis. He hated me because I was a spoiled millionaire rock star who could have anything I wanted whenever I wanted it, and usually did.

I used to ride a Honda Shadow motorcycle around the Valleys with my shirt off, totally out of my mind. One time Jason started talking about Harleys and how much he loved them. Tommy had one, so the next day I just went out and bought one and rode it to Jason’s house to score. He was furious: it was his dream bike, he’d shown me a picture of it and I’d bought it. He thought I was such a spoiled brat.

Jason was as fucked on heroin as me. He was a tall, skinny guy who in another life could have been a model, or something, but he really just came off looking like a corpse. That was the real reason he hated me: we were both living for drugs, but I could afford as many as I wanted.

The best part of freebase is before the first hit. I love that moment, right before I put the glass pipe to my lips…that moment when everything is sane, and the craving, the salivating, the excitement all feel fresh and innocent. It’s like foreplay…the ache that’s always better than the orgasm. 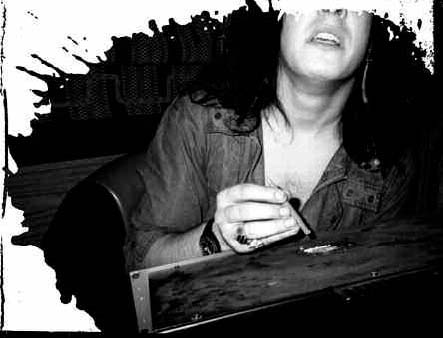 The worst part of freebase is running out. But I have a new jones–speedballs of any kind. The junk just isn’t enough anymore…I feel like I’m only halfway there…

TOMMY LEE: Back around Girls Girls Girls, we were starting to make shitloads of money. With money came success, power, overindulgence and experimentation. Sixx and I, in particular, took a lot of narcotics, and he would always want to push things: “Hey, how about taking these two drugs together? How about heroin and cocaine at the same time?” That period led us to this really dark fucking place. We all went to that place at various times–but Nikki seemed to like it there more than any of us.

After I binged last night–or was it tonight–I was convinced yet again that there were people coming to get me. It was more than just shadows and voices, more than just fantasies…it was real, and I was scared to my core.

My bones were shaking…my heart was pounding…I thought I was going to explode. I’m glad I have you to talk to, to write this down…I tried to keep it all together, but then I gave in to the madness and became one with my insanity…

I always end up in the closet in my bedroom. Let me tell you about that place, my closet. It’s more than a closet–it’s a haven for me. It’s where I keep my dope and where I keep my gun. I know when I’m in there I’m safe, at least until I get too high. I can’t be out in the house–there are too many windows and I know I’m being watched. Right now it seems impossible that cops are peering in from the trees outside or people are looking at me thru the peeohole at the front door. But when the drugs kick in I can’t control my mind…

Today, last night feels like a lifetime ago. But the sick thing is I could do it again tonight.

NIKKI: This was the crazy routine I had at the time. I would start out freebasing or mainlining anywhere in the house: the front room, the kitchen, the bathroom. But as soon as the coke-induced psychosis kicked in, as soon as the insanity began, I would make a beeline for my bedroom closet. That was my refuge. I would huddle in there, surrounded by my drug paraphernalia and guns, convinced that people were in the house trying to get me, or a SWAT team was outside preparing to bust me. I would be too scared to move until I came down. The only way to bring myself down quicker was heroin. Heroin would make the madness go away: it was the easy solution. It seemed to make sense at the time. 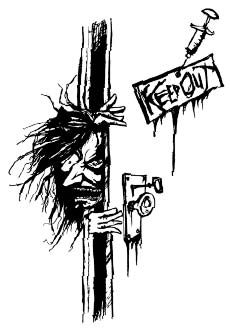 I’ve been thinking about last Christmas Eve when I picked up that girl in a strip club, brought her back here on my bike, took her home the next day, then had Christmas dinner all by myself in McDonald’s. I haven’t made much progress I see.

Today I’m listening to Exile on Main Street, reading, laying around…tanning in the backyard, naked…today I feel like my old self. Sometimes I feel like I have two personalities. One is Nikki and one is…Sikki. 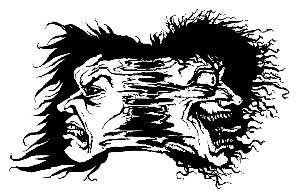 ROSS HALFIN: As a photographer I’ve shot Mötley Crüe many times over the years for magazines and got particularly close to Nikki. I remember the first time I ever met him in LA we got on pretty well and decided to go for a drink that night. We sat talking in a booth. Vince Neil was in another booth with a girl, arguing, and Vince suddenly stood up and punched her in the face. I asked Nikki, “Should we sort it out?” And Nikki just laughed and said, “Let them sort it out themselves.” 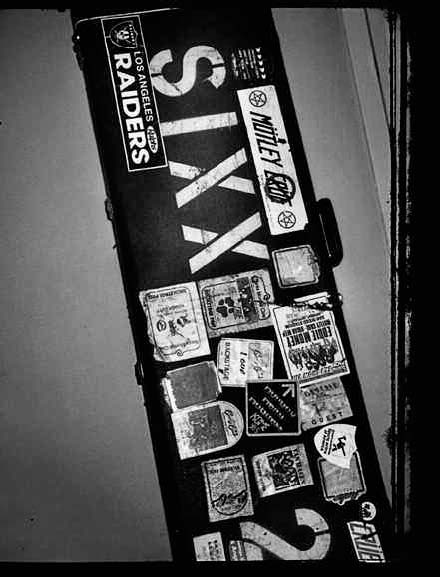 Vanity showed up yesterday with a mountain of coke…it kind of altered the day. I’d been doing good until that point. I’d got a good night’s sleep for the first time in days. I even managed to take a shower and pick up my guitar. 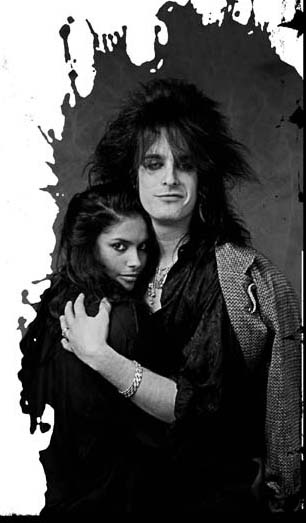 But since this is a new diary, let me tell you about Vanity…she used to be a backup singer with Prince, or so she says. We meet for all the wrong reasons and have only one real thing in common–drugs. I mean, she’s a sweet girl, as much as I’m a sweet guy. She has flowing brown hair and chocolate brown eyes and has an ability to look very pretty, but usually, like me, looks like hell. As they say, misfits attract misfits…truer words could not be said.

Mötley is back in the studio next week and I told the guys I had some new songs. The truth is I haven’t written much of anything. I just can’t seem to focus on anything these days except…the usual.

So we did a few lines while Vanity cooked up the base. She was talking, talking, talking about us going out tonight for New Year’s Eve, but both of us knew that we were going nowhere. The more she talked, the more all I could hear was my head talking…the craving, a wet palate, for a hit on that glass pipe…it was beautiful and it was ugly all at the same time.

Then everything went wrong, just like it always does. The base fucked up Vanity’s head and she started speaking in riddles, ranting on about Jesus and spirituality like she was still with fucking Prince, or something…She was making no sense and I couldn’t take it, so I started yelling at her to go fuck herself and fuck Jesus and get the fuck out of my house. Then she was gone and I was back in my closet with my grandfather’s gun pointed at the door, needles and dirty spoons on the floor…terrified because people had slid under my front door like vapor and were in the house and were coming to get me.

I fucking hate that shit. I’m OK now but nobody would believe what happens inside my head…it’s haunted. Now that I’ve come down it seems like a sick play I saw in a theater. Thirty minutes ago I could have killed somebody, or better myself. Now I’m OK…I need a padded cell, I’m telling you. 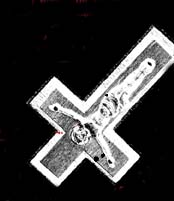 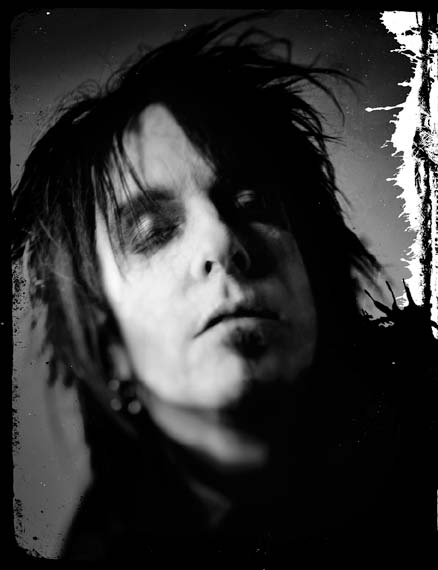