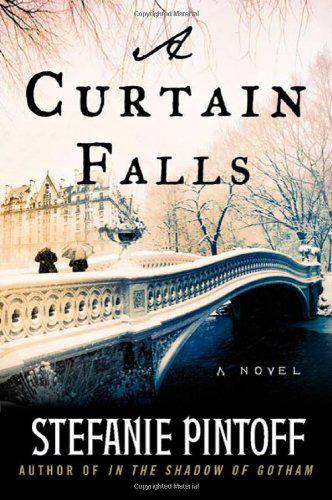 SUMMARY: The careers of New York City detective Simon Ziele and his former partner Captain Declan Mulvaney went in remarkably different directions after the tragic death of Zielers"s fiancée in the 1904 General Slocum ferry disaster. Although both men were earmarked for much bigger things, Ziele moved to Dobson, a small town north of the city, to escape the violence, and Mulvaney buried himself even deeper, agreeing to head up the precinct in the most crime-ridden area in the city. Yet with all of the detectives and resources at Mulvaneyrs"s disposal, a particularly puzzling crime compels him to look for someone he can trust absolutely. When a chorus girl is found dead on a Broadway stage dressed in the leading ladyrs"s costume, there are no signs of violence, no cuts, no bruises'no marks at all. If pressed, the coroner would call it a suicide, but then that would make her the second girl to turn up dead in such a manner in the last few weeks. And the news of a possible serial killer would be potentially disastrous to the burgeoning theater world, not to mention the citizens of New York. Following on the heels of Stefanie Pintoffrs"s acclaimed and award-winning debut, A Curtain Fallsis a moody and evocative tale that follows Ziele and his partners as they scour the dark streets of early-twentieth-century New York in search of a true fiend.
Stefanie Pintoff 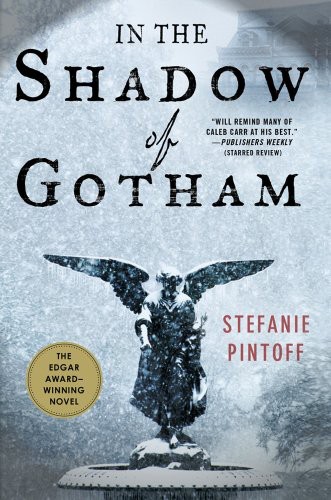 In the Shadow of Gotham

In the Shadow of Gotham

Starred Review. Pintoff's debut, winner of the first Minotaur Books/MWA Best First Crime Novel award, will remind many of Caleb Carr at his best. The wreck of the steamship General Slocum in 1904 cost Det. Simon Ziele of the New York City police both his fiancée and the full use of his right arm. In response to those losses, Ziele has abandoned big-city policing for the quiet dullness of Dobson, a town in Westchester County, but a brutal murder interrupts his retreat from the world. Someone slashes and bludgeons to death Sarah Wingate, a Columbia mathematics graduate student whose brilliance evoked jealousy in her peers, in her home under circumstances that resemble the notorious murders of Lizzie Borden's parents. Ziele's investigation is soon co-opted by Alistair Sinclair, a student of criminology who's convinced he knows the culprit's identity. The period detail, characterizations and plotting are all top-notch, and Ziele has enough depth to carry a series. (May)
Copyright © Reed Business Information, a division of Reed Elsevier Inc. All rights reserved.

Advance Praise for *In the Shadow of Gotham

The first winner of the Minotaur Books/Mystery Writers of America First Crime Novel Competition nicely contrasts academic theorizing with the reality of police detection set against the backdrop of a vividly depicted turn-of-the-century Gotham. Recommend to readers who enjoy historicals of this period, such as Caleb Carr s The Alienist and Ann Stamos s Bitter Tide.
--Library Journal (starred review)

Pintoff excavates a rich vein of early criminology... She also delivers a gripping detective story... Great for dexterous plotting and for New York atmosphere at the turn of the last century.
--Booklist

Congratulations to Stefanie Pintoff on this outstanding debut novel!  An appealing character, terrific suspense, and skillful interweaving of historical detail make In the Shadow of Gotham a winner.
--Marcia Muller, author of *Burn Out

"Stefanie Pintoff captures time and place expertly while displaying the procedures and challenges of police work at the dawn of a new age in forensics in this fine first novel. In The Shadow of Gotham will fascinate and educate even as it holds the reader in the suspense of a good mystery. That's a special package."
--Michael Koryta author of Envy the Night* 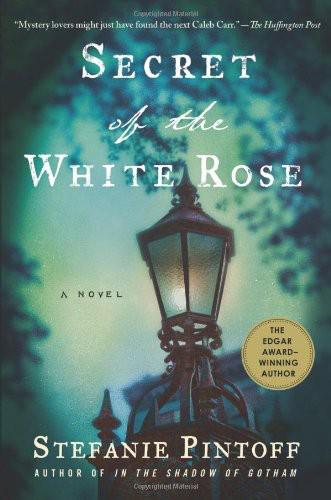 Secret of the White Rose

Secret of the White Rose

Praise for A Curtain Falls

“In her second novel, Stefanie Pintoff shows how the best in historical fiction not only unveils our past, but shows how our modern concerns evolved.… Her comparison to Caleb Carr is well earned, although Pintoff shows a wider range and deeper affinity for storytelling than the author of The Alienist. Pintoff’s meticulous research captures the heart of the era, but her detailed characters and gripping plot about greed, jealousy, and obsession for fame set A Curtain Falls on a higher plane.”—Oline Cogdill, South Florida Sun-Sentinel

“This worthy sequel to Pintoff’s acclaimed Edgar Award–nominated debut, In the Shadow of Gotham, brings to life New York’s theater world at the turn of the twentieth century and the fledgling science of criminology.”—_Library Journal_ (starred review) on A Curtain Falls

Praise for In the Shadow of Gotham

“Superior historical mystery… She does an outstanding job of blending historical detail with engaging characters and a suspenseful plot.”—_The Denver Post_

“Pintoff’s debut…will remind many of Caleb Carr at his best.... The period detail, characterizations, and plotting are all top-notch, and Ziele has enough depth to carry a series.”—_Publishers Weekly_ (starred review)

The murder of Judge Hugo Jackson is out of Detective Simon Ziele’s jurisdiction in more ways than one. For one, it’s high-profile enough to command the attention of the notorious new police commissioner, since Judge Jackson was presiding over the sensational trial of Al Drayson. Drayson, an anarchist, set off a bomb at a Carnegie family wedding, but instead of killing millionaires, it killed passersby, including a child. The dramatic trial has captured the full attention of 1906 New York City.

Furthermore, Simon’s assigned precinct on Manhattan’s West Side includes the gritty Tenderloin but not the tonier Gramercy Park, which is where the judge is found in his locked town house with his throat slashed on the night before the jury is set to deliberate. But his widow insists on calling her husband’s old classmate criminologist, Alistair Sinclair, who in turn enlists Ziele’s help. Together they must steer Sinclair’s unorthodox methods past a police force that is so focused on rounding up Drayson’s supporters that they’ve all but rejected any other possibilities.

Once again, Stefanie Pintoff’s combination of vital characters and a fascinating case set amongst the sometimes brutal and sometimes glittering history of turn-of-the-century New York makes for totally compelling reading in Secret of the White Rose, the third novel in her Edgar Award–winning series.