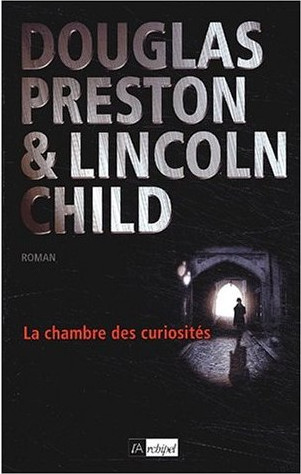 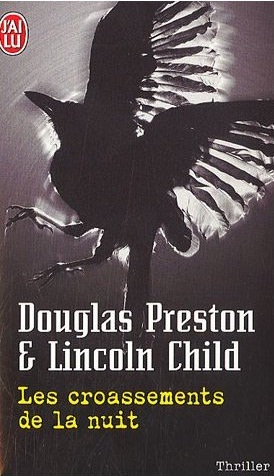 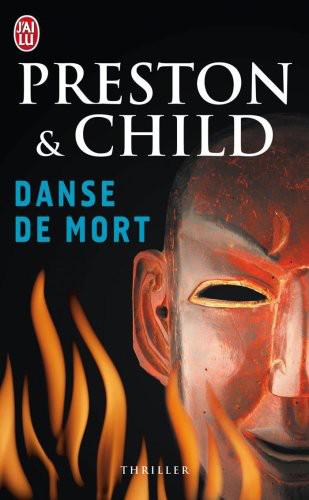 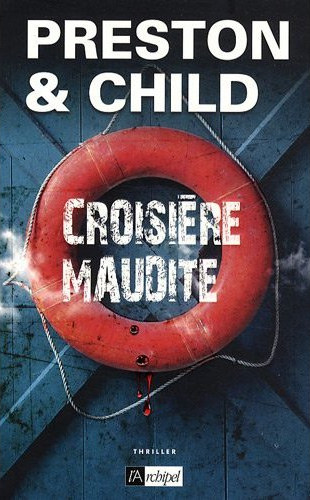 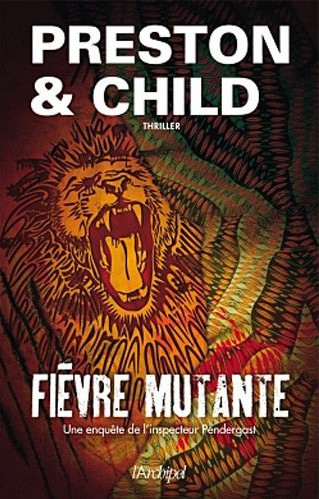 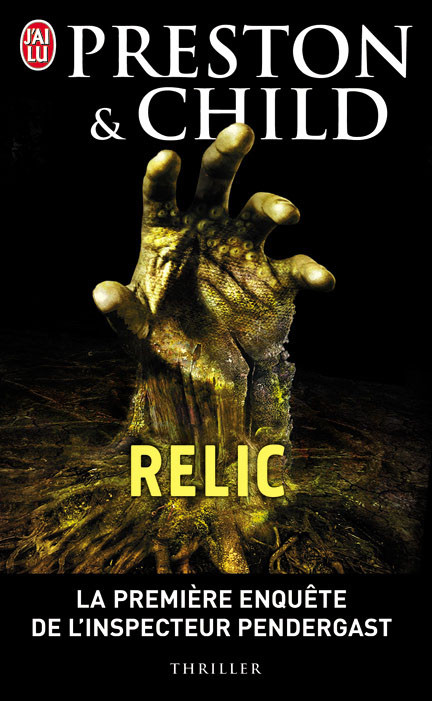 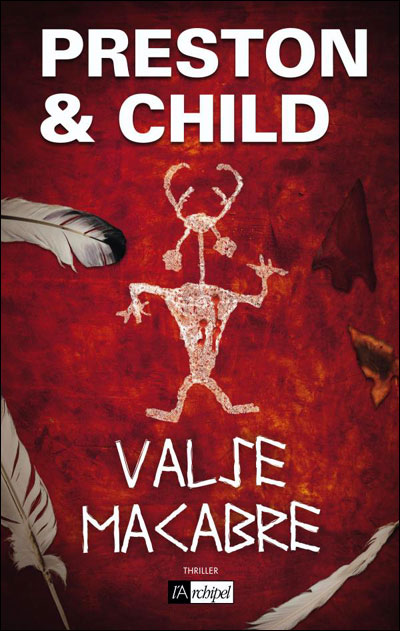 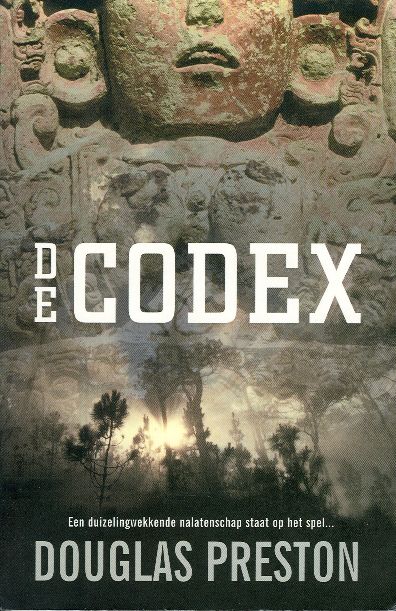 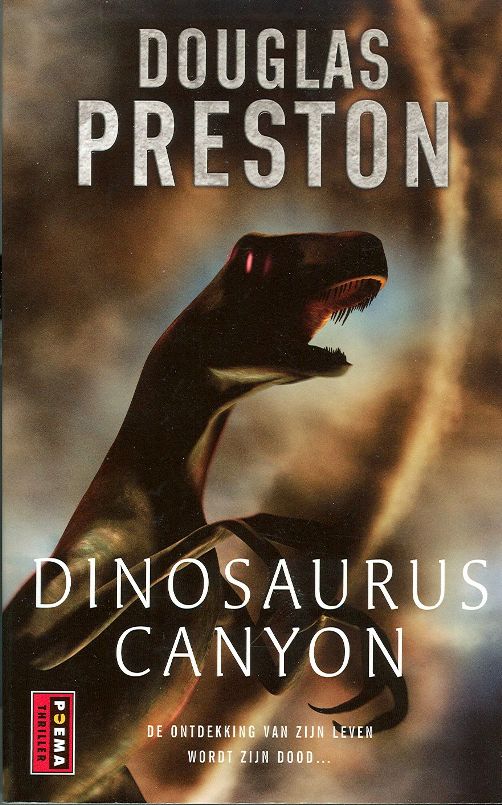 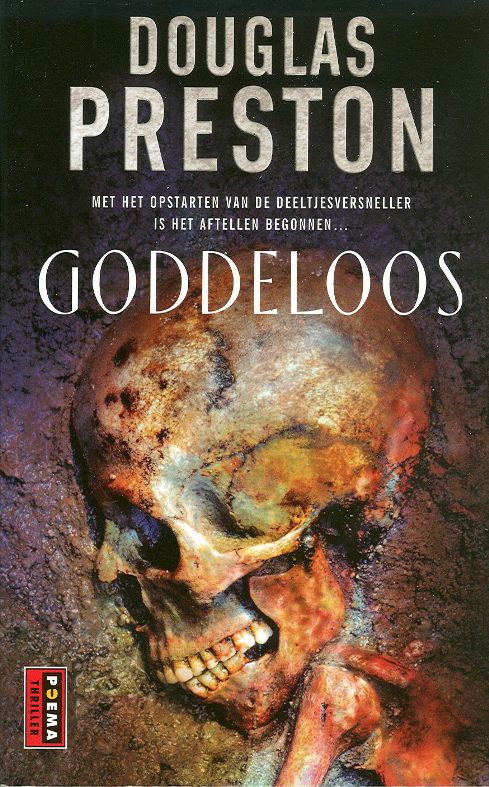 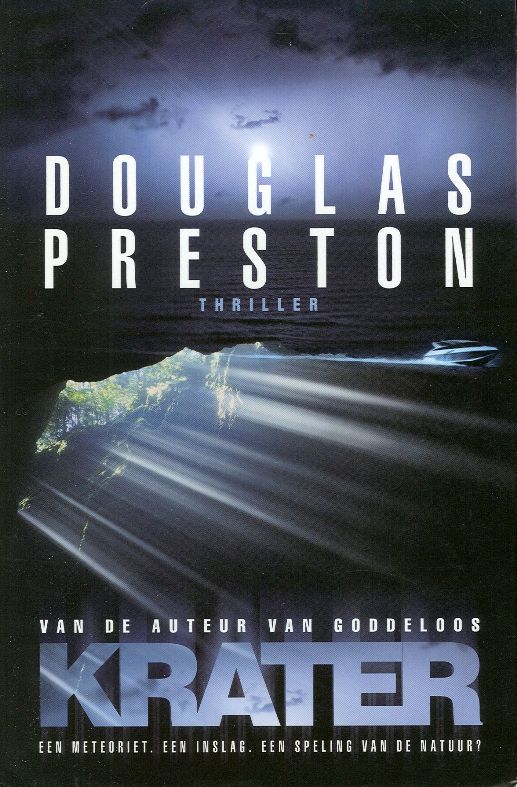 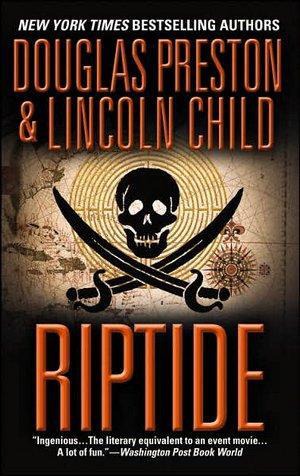 SUMMARY: For generations, treasure hunters have tried to unlock the deadly puzzle known as the Water Pit: a labyrinth of shafts and tunnels that honeycombs the heart of a small island off the coast of Maine. Reputed to be the hiding place of pirate treasure, the Water Pit possesses an inexplicable ability to kill those who venture into it, from professionals to innocent explorers. But now one man has made a startling discovery: The Water Pit is actually a carefully designed fortress, conceived for pirates by a renowned seventeenth-century architect who hid his plans in code. Unlocking the code will break the curse of the Water Pit. Or will it? The most comprehensive, high-tech expedition ever assembled has come to Maine and to Dr. Malin Hatch, owner of the island. While the treasure hunters have their reasons for mounting this assault--$2 billion in gold--Hatch has his own motives to join them. For Hatch, whose brother died on Ragged Island thirty years before, the only escape from the curse is through the black swirling waters and bloodstained chambers of the Pit. With more computing power than a small university, the recovery team slowly chips away at the mystery. But as the seekers try to conquer the Pit, men begin to die. Hatch is confronted with his childhood memories of the tragedy even as he is drawn into a complex relationship with a beautiful French diver. All the while, the last, secret chamber of the Pit waits to unleash the most lethal mystery of all. . . .A thriller of the highest order, Riptide is an extraordinary novel of obsession, courage, and adventure. With each nerve-racking page we are swept into the mystery and the challenge of Ragged Island and forced to face the haunting question: Is the Water Pit a gateway to limitless treasure--or to hell itself?
Douglas Preston 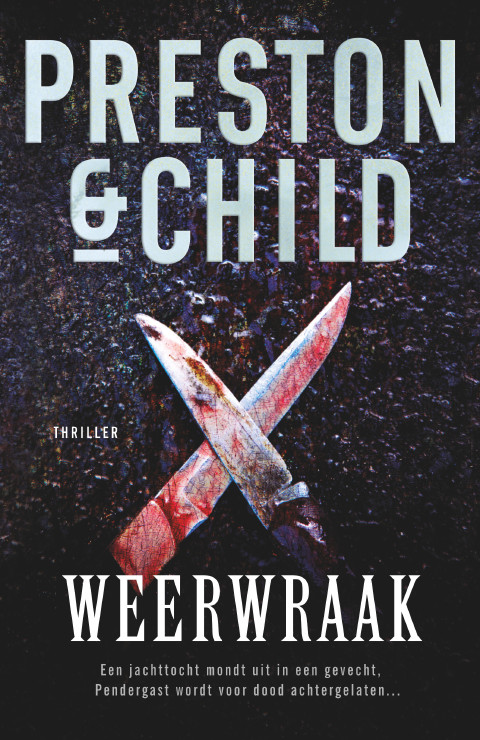 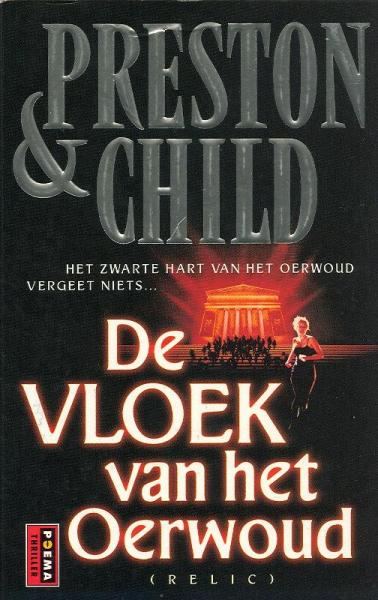 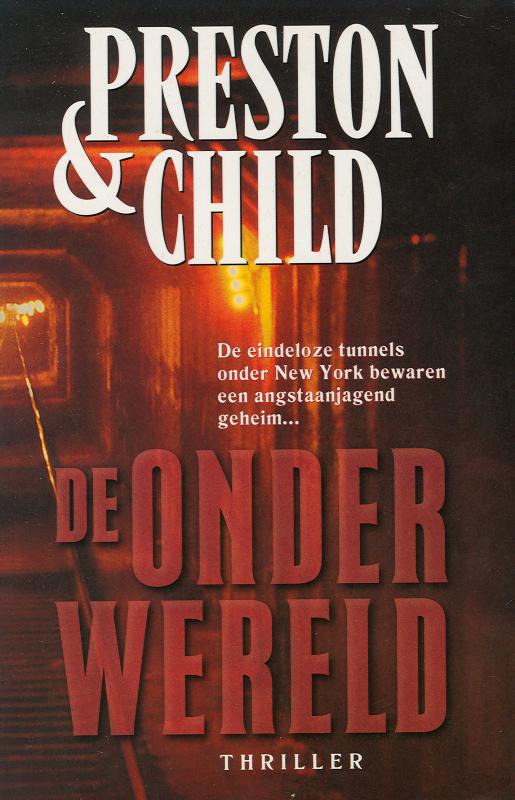 Billionaire Palmer Lloyd is accustomed to getting what he wants--and what he wants for his new museum is the largest meteorite on earth. Unfortunately for Lloyd, it's buried on an inhospitable Chilean island just north of the Ice Limit in the most brutal, unforgiving seas in the world.

Fortunately for Lloyd, he knows people--people like Eli Glinn, the hyper-focused president of Effective Engineering Solutions, Inc.; Glinn's nonconformist, genius of a mathematician, Rachel Amira; and the uncannily able construction engineer, Manuel Garza. Lloyd's also tapped the brilliant but disgraced meteorite hunter, Sam McFarlane, and the exceptional supertanker captain, Sally Britton, whose career was unshipped by intemperance and a reef. Of course, such a team has a hefty price tag:

Lloyd's broad features narrowed. "And that is... "

"One hundred and fifty million dollars. Including chartering the transport vessel. FOB the Lloyd Museum."

Lloyd's face went pale. "My God. One hundred and fifty million... " His chin sank onto his hands. "For a ten-thousand-ton rock. That's... "

EES's plan is to obtain mining rights to the island, secure the allegiance of various Chilean functionaries via blinding sums of money, disguise a state-of- the-art supertanker as a decrepit ore rig, mine the rock, slip it into the ship, and zip back to New York to thunderous notoriety. Unforeseen, however, are a rogue Chilean naval captain, seas to make Sebastian Junger boot, and a blood-red meteorite of undetermined pedigree and a habit of discharging billions of volts of electricity for no apparent reason.

Like Douglas Preston and Lincoln Child's earlier collaborations (_Relic_, Thunderhead, and others), The Ice Limit tools along swiftly, blending nicely drawn characters (excepting, regrettably, the book's true protagonist, the meteorite), a reasonably exciting narrative, and enough graspable science and plausible-seeming theories to bring readers happily up to speed and keep them climax-bound. Not the authors' best effort, certainly, but a fine diversion nonetheless. --Michael Hudson

The summer-beach reader has few better friends than Preston and Child, who, beginning with Relic (1995), have produced one (generally) smart and suspenseful thriller after another, most recently Thunderhead. Their new novelDwhich, like its predecessors, skirts the edge of science fictionDis their most expertly executed (though not most imaginative) entertainment yet. Its concept is high and simple: a scientific expedition plans to dig out and transport to New York harbor the mother of all meteorites from its resting spot on an icy island offshore Chile. The mission is nearly impossible: not only will the meteorite be the heaviest object ever moved by humanity, but the Chileans, if they learn of the mission, may decimate it in order to keep the meteorite. Six strong if broadly drawn characters propel the premise into action. There's bullheaded billionaire Palmer Lloyd, who funds the expedition, and three (of the many) people he hires to get the rock: world-class meteorite-hunter Sam McFarlane, disgraced for his obsession about possible interstellar meteorites; Captain Britton, disgraced alcoholic skipper hired to ferry the meteorite to the U.S.; and Eli Glinn, cold-blooded mastermind of an engineering firm dedicated to getting incredible jobs doneDthis one at the price of $300 million. There's Commandante Vallenar, a Chilean naval officer exiled to his nation's southern wastes, who will stop at nothing to defend Chile's honor and property. Finally, there's the meteoriteDblood red, impossibly dense, possessed of strange and dangerous properties. Like the premise, the plot is simple, traversing a near-linear narrative that sustains serious tension as the expedition travels to Chile, digs out the meteorite and heads homewardDonly to face both Vallenar and a ferocious storm. What the novel lacks in sophistication, it makes up for in athleticism: this is a big-boned thriller, one that will make a terrific summer movie as well as a memorable hot-day read. (July)
Copyright 2000 Reed Business Information, Inc. 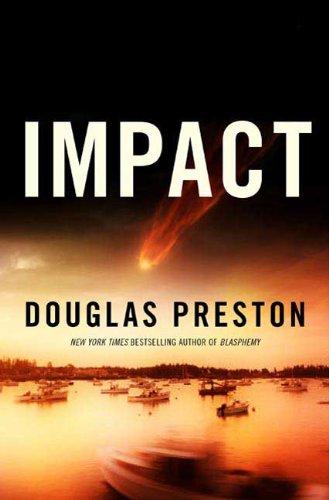 SUMMARY: Wyman Ford is tapped for a secret expedition to Cambodia... to locate the source of strangely beautiful gemstones that do not appear to be of this world. A brilliant meteor lights up the Maine coast...and two young women borrow a boat and set out for a distant island to find the impact crater. A scientist at the National Propulsion Facility discovers an inexplicable source of gamma rays in the outer Solar System. He is found decapitated, the data missing. High resolution NASA images reveal an unnatural feature hidden in the depths of a crater on Mars...and it appears to have been activated. Sixty hours and counting.
Douglas Preston

The Monster of Florence

The Monster of Florence

In 2000, Douglas Preston fulfilled a dream to move his family to Florence, Italy. Then he discovered that the olive grove in front of their 14th century farmhouse had been the scene of the most infamous double-murders in Italian history, committed by a serial killer known as the Monster of Florence. Preston, intrigued, meets Italian investigative journalist Mario Spezi to learn more. This is the true story of their search for-and identification of-the man they believe committed the crimes, and their chilling interview with him. And then, in a strange twist of fate, Preston and Spezi themselves become targets of the police investigation. Preston has his phone tapped, is interrogated, and told to leave the country. Spezi fares worse: he is thrown into Italy's grim Capanne prison, accused of being the Monster of Florence himself. Like one of Preston's thrillers, The Monster Of Florence, tells a remarkable and harrowing story involving murder, mutilation, and suicide-and at the center of it, Preston and Spezi, caught in a bizarre prosecutorial vendetta.
Douglas Preston 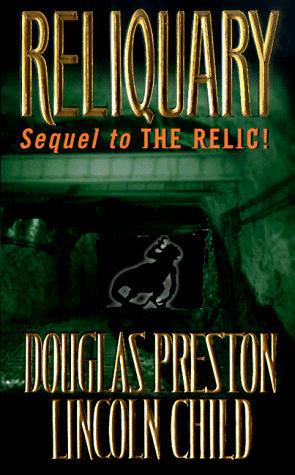 Pendergast #03 - The Cabinet of Curiosities Fans of cerebral action adventure novels know that, outside of Michael Crichton, no one delivers the goods like the veteran writing team of Preston and Child (Relic; Still Life with Crows; etc.). As if invigorated by their recent solo efforts (Child: Utopia, etc.; Preston: The Codex, etc.), the two now deliver their best novel ever, an extravagant tale of international intrigue. As their admirers know, one reason Preston and Child thrillers work is because most feature arguably the most charismatic detective in contemporary fiction: FBI Special Agent Aloysius Pendergast, a wealthy, refined yet ruthless descendant of Holmes who's very much his own character. Pendergast, as well as other Preston and Child semiregulars, notably rough-hewn former NYPD cop Vincent D'Agosta, Watson to Pendergast's Sherlock, tread nearly every page of this vastly imagined, relentlessly enjoyable thriller. The body of a notorious art critic is found in his Hamptons, L.I., mansion, wholly burned, with a cloven hoofprint nearby: the devil's work? [...] Erudite, swiftly paced, brimming (occasionally overbrimming) with memorable personae and tense set pieces, this is the perfect thriller to stuff into a beach bag.
Copyright © Reed Business Information, a division of Reed Elsevier Inc. All rights reserved.

Adult/High School–As FBI Special Agent Pendergast immerses himself in the investigation of an art critic's bizarre murder, he conjures up clues pointing to the Devil as the culprit. After several killings in the same ghastly manner, similar clues are found. Pendergast teams up with Police Officer Vincent D'Agosta, with whom he had worked in The Relic (St. Martin's, 1996), and they begin a lengthy, intense, and time-driven search for the murderer. Along the way, D'Agosta becomes romantically and professionally attached to New York Police Captain Laura Hayward (Reliquary [Tor, 1998]). Their story runs parallel to the investigation and adds another layer of plot. The peculiar nature of Agent Pendergast, who always seems to get out of any kind of dire straits, complements and contrasts with down-to-earth, practical D'Agosta, and they act as catalysts for one another. The action moves from New York City to Italy and places in between. The authors are especially adept at creepy descriptions of eerily spooky castle ruins, crypts, and grave robberies. Readers who like ghost stories, hauntings, and other paranormal activities will find themselves eagerly engaged in this page-turner.–Pam Johnson, Fairfax County Public Library, VA
Copyright © Reed Business Information, a division of Reed Elsevier Inc. All rights reserved.